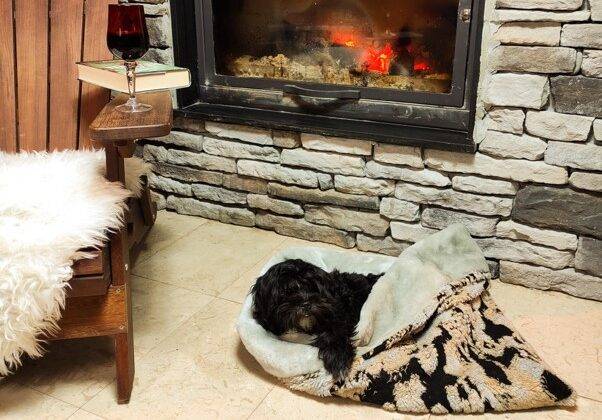 If you’re looking for a cat that combines elegance and kindness, the Ragdoll has everything to seduce you! This large cat with intense blue eyes and a long coat is beautiful. This new breed, which appeared in the United States, is gradually establishing itself in European homes. The ideal indoor cat, it will charm you with its air of a giant plush!

Behavior and character of the Ragdoll

We will indicate here the main behavioral tendencies of Ragdoll breed cats. However, it should be remembered that a cat’s behavior is determined above all by its unique personality, upbringing, and environment. The character of each individual may therefore differ significantly from that which we describe here.

A cuddly and endearing cat

The Ragdoll is distinguished by its extraordinary softness of character. He is an adorable cat, particularly cuddly. He loves caresses and seduces by the way he relaxes completely when carried in his arms. But unfortunately, it is also a dependent cat attached to its masters.

It is sometimes called a “cat-dog,” so much does its behavior towards family members resembles that of a dog. He tends to wait for the return of his masters behind the door and to follow them everywhere. The Ragdoll, therefore, does not support loneliness well and requires the daily presence of its masters. He will appreciate having another pet to keep him company when they are away.

A good companion for the whole family

The Ragdoll is an excellent choice for a family with children. He knows how to be patient and does not show any aggressiveness. However, it is necessary to teach children from an early age to respect the cat and to understand its body language to anticipate its reactions. It should also be noted that this cat will not appreciate turbulent activities, so he prefers casual games and cuddles.

The Ragdoll generally coexists very well with its congeners and with dogs. However, its peaceful character could not adapt well to the presence of a young animal that is too fiery and turbulent. In any case, he must have access to rest areas in which he can isolate himself away from the agitation.

With its softness and calmness, the Ragdoll is also an ideal companion for the elderly, especially since it requires little grooming.

The Ragdoll is not the cat that will knock over your great-grandmother’s vase while playing or rip open your pillows! Very peaceful, he appreciates long naps on the sofa. However, it is recommended not to let him go out alone. Indeed, his confident, submissive and non-aggressive nature makes him vulnerable to attacks from his fellow animals and other animals.

As he is of a homebody nature, he is unlikely to want to run away! However, like all cats, even this calm-tempered cat needs some furnishings to energize. A cat tower for big cats suits this big cat. One plus of feeding big cats is that you’re not limited to products for cats only. Why not buy an indoor dog house or dog cave bed for your cat? Classic cat products can sometimes be too small for cats like Ragdolls.

Finally, the Ragdoll is a cat that meows little, favoring body language to make itself understood by the rest of the family. When he is heard, his voice is very soft. His meows are unlikely to annoy the neighbors if he lives in an apartment!

A ragdoll cat is a long-haired cat that originated in the United States. Ragdolls are known for their docile temperament and affectionate nature. They are also known for their signature “ragdoll to limp” when they walk due to their unusually flexible spine.

Ragdolls need to be groomed regularly to keep them looking and feeling healthy. However, the grooming process can be complicated, so it’s best to consult an expert before proceeding with any grooming tasks.

You can get a cat scratcher house for nail care. It is a more stylish choice than the classic scratchers and will better meet the needs of this big cat.

The Ragdoll is a relatively solid purebred cat. However, it is not immune to common cat conditions, such as polycystic kidney disease and hypertrophic cardiomyopathy.

A genetic disease. It is common in Persians and related breeds, including the Ragdoll. The appearance of renal cysts manifests it. By enlarging and multiplying, the development of these cysts compresses the healthy renal tissue, which causes its dysfunction. The onset of kidney failure is more or less late, depending on the individual.

Hypertrophic cardiomyopathy, also called HCM or MCH, is a syndrome that causes the thickening of the heart’s walls. This common syndrome in cats includes various pathologies with multiple origins. In the case of the Ragdoll, it is associated, among other things, with a genetic mutation.